Sunday, May 29th I attended a party for one of SL's favorite media sweetie's, Persia Bravin! She was celebrating her selection as the May Costa Rica Influential and also her rez day. I think everyone in SL knows Persia, so I won't go on and on about all her accomplishments and tons of things she is involved in, as it's all over the web and I've mentioned her here several times before as well. I just wanted to save and post a few pics from her party here. Her Influential interview is here: http://costaricasims.com/sims-tier-prims/view-by-prims-tier/commercial-parcels/2516-costa-rica-sims-may-influential-honors-one-of-the-busiest-women-in-second-life-ms-persia-bravin.html or direct link here: PersiaHere. 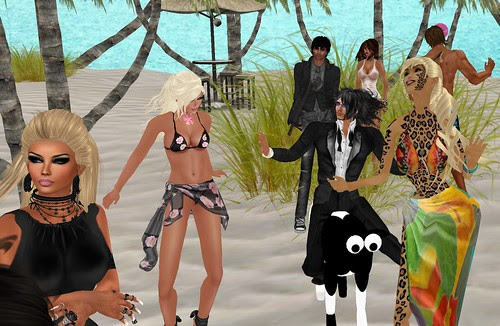 The party was a smash with over 70 attendees, full at times, and constantly hopping with dj tunes by Mikee Gemini Ghost who was actually celebrating his RL birthday that day as well. It's notable Persia's actual rez day was June 1st (I think, that's close anyway). It's also notable that Blackbarbie Bravin, another of BOSL's gems who also helps run the magazine along with Persia celebrates her rez day the day after Persia, so wish them both a good one! 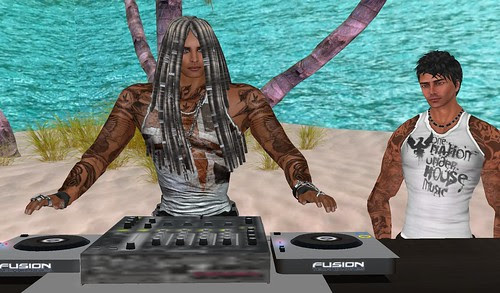 The beach themed party Sunday was mostly casual and swimwear at a spot in Alajuela, Costa Rica sim. Some of the many attendees were Claus Uriza, Candylicious Forster, LaPiscean Liberty, Ivy Maverick, Leila Roddenham, Dividni Shostakovich, Kikki Snowpaw, Lacy Muircastle and many others. I had a great time, but had to go RL, so I snapped some pics, wished Persia well, danced a few songs and said my hellos and goodbyes. It must be the season for BOSL rez days... see Frolic Mills post late May here: http://karasecondlife.blogspot.com/2011/05/bosl-ceofounder-frolic-mills-4th-rez.html track directly here: FrolicHere. 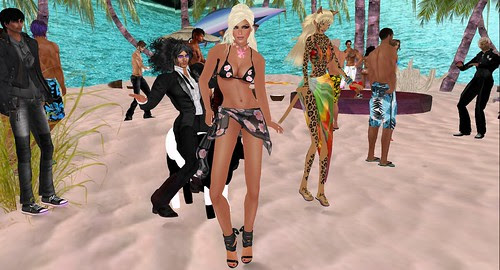 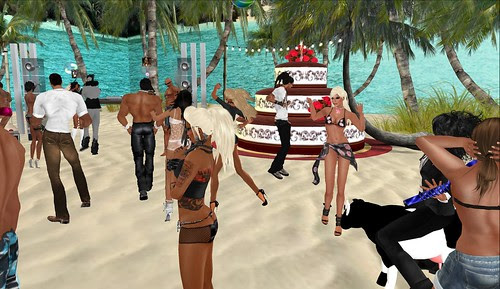 Darn I missed the mud wrestling!
Posted by Kara Trapdoor at 10:19 AM