"from here on there be dragons", by alpha Auer at Split Screen Installation Space

Visit Split Screen Installation Space, "from here on there be dragons" by Alpha Auer here: http://maps.secondlife.com/secondlife/Amra/16/236/22

Split Screen owner and curator, Dividni Shostakovich, writes about this exhibit: "In a faintly futuristic building, golden dragons roam. Some are Chinese, others are European.  Their reflections shimmer beneath them. And on the floor these imaginary beasts walk upon are images from an old map. Come see "from here on there be dragons" by Alpha Auer, one of the most distinctive artists in Second Life. At Split Screen Installation Space until 31 January 2017."

That pretty well sums it up, although Alpha has a nice note card at the landing about her exhibit and I'll quote but a small excerpt here: "When Medieval and Renaissance map makers got to the edge of the world, they used to write "beyond this place there be dragons," meaning dangerous or unexplored territories that sailors should beware of before attempting to cross into them."

The surrounding build is done in recognizable Alpha style, colors, and reflections.  The golden dragons are detailed creatures congregating about the interior of the structure. Some are holding large pearls or balls and almost seem to be playing a game or greeting one another, although seem to be of various breeds or styles.   There is also a cool free avatar/costume by Alpha at the landing so be sure to grab that too on your way in or out. As always, Split Screen hosts talented artist and Alpha has done a great job here. I mostly used the designated sim windlights for the below pics but as you can see I changed it up once and the first small pic I didn't take, as that's the official sim ad.. 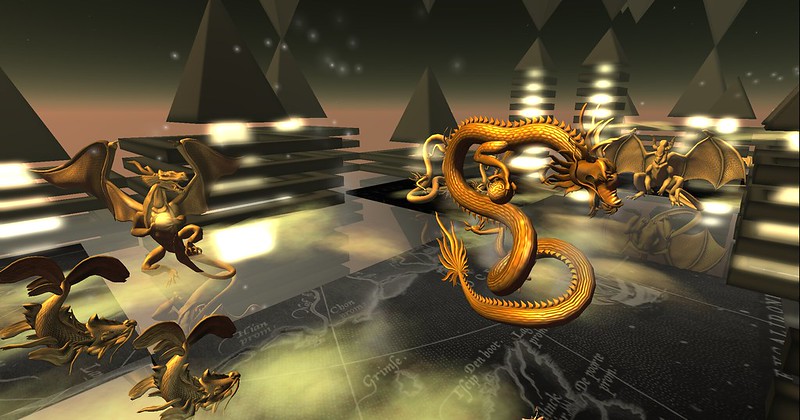 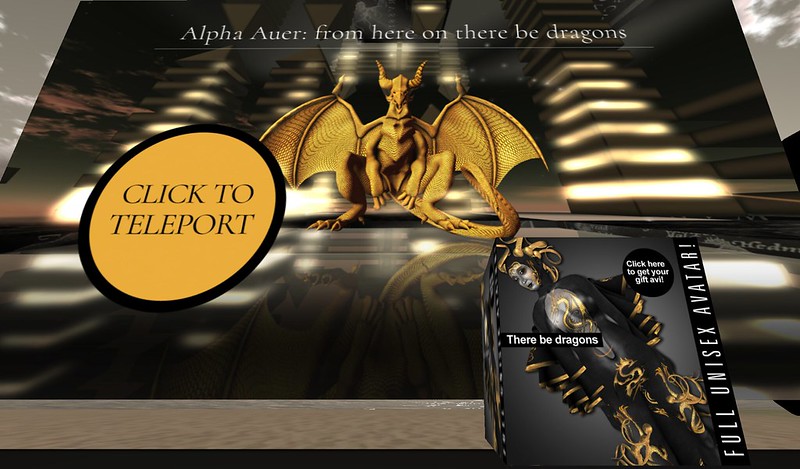 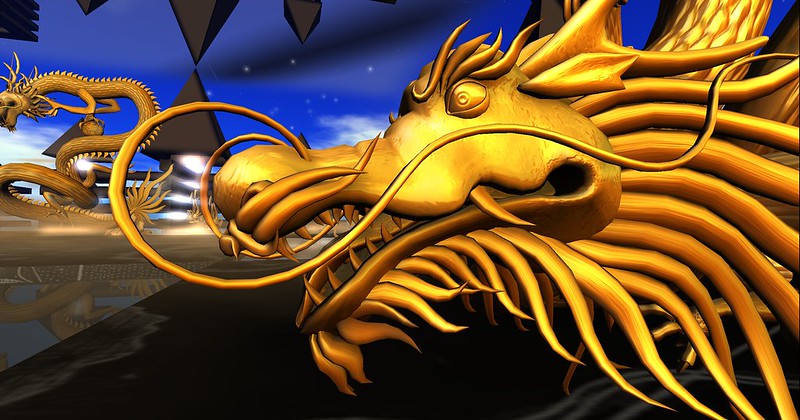 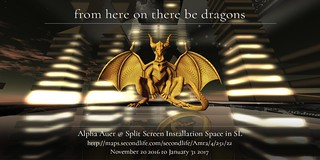 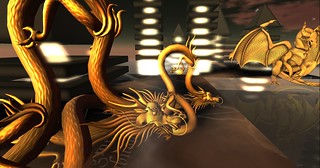 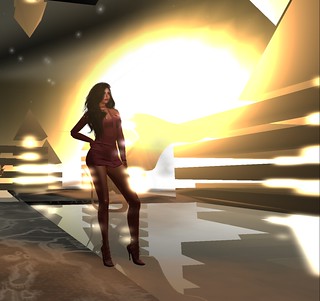 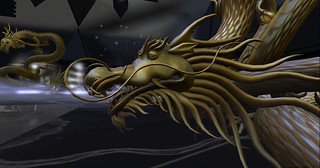 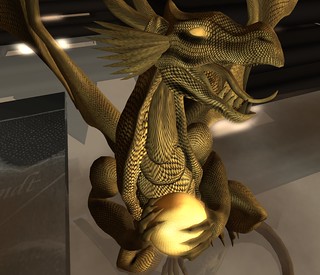 Posted by Kara Trapdoor at 8:30 AM