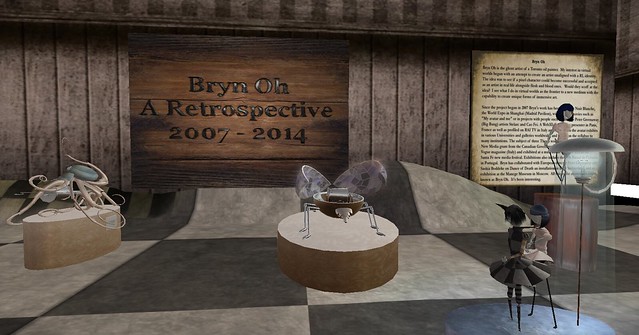 I received this press release today about Bryn Oh's invitation to exhibit RL/SL for the Art And Algorithms digital festival held Oct 3-12.

Press release reads: "I was invited, by Gary Zabel, to exhibit at the Art & Algorithms digital festival in Titusville, Florida. The focus of my participation has been in the form of a retrospective of my work spanning from 2007-2014.  http://artandalgorithms.com/
The other segement they will focus on is my region Immersiva and specifically The Singularity of Kumiko which will be available for their guests to navigate using a kiosk at the event in Florida.  (I have informed Mr Zippers not to slaughter them while at Kumiko)